Click here to learn how German Law is supporting clients during the COVID-19 pandemic.
Home » Is Elder Abuse a Crime in North Dakota? 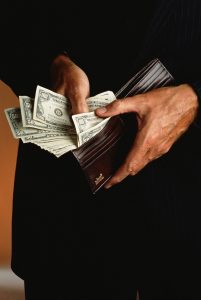 How Often Does Elder Abuse Occur?

Elder abuse is hardly a new problem in the United States; however, it is a problem that both legislators and law enforcement agencies are seriously addressing for the first time. The frequency with which elder abuse occurs is difficult to ascertain, due in large part to the fact that victims of elder abuse are often reluctant to come forward, either because they are ashamed to be a victim or out of fear of reprisals from the abuser. Experts, however, have offered the following conservative estimates:

Until fairly recently, elder abuse was covered under a variety of broad abuse or fraud statutes in most states. North Dakota, however, is one of many states that has enacted a specific criminal statute to cover financial abuse involving an elderly victim. 12.1-31-07.1 “Exploitation of an Eligible Adult” makes financial exploitation of a senior a felony offense if the amount in question is over $1,000 in North Dakota, reading in pertinent part as follows:

Please join us for an upcoming FREE seminar. If you have additional questions or concerns about elder abuse in North Dakota, contact the Minot elder law attorneys at German Law by calling 701-738-0060 to schedule an appointment.

Needed to come in to get specific advice for our needs. The attorney spoke to us in terms we could understand, coming to our level and did not make up feel uncomfortable. They were very considerate and caring. We didn’t feel rushed. We felt like they cared and knew what they were doing.

We were wonderfully satisfied. Wayne did an outstanding job of explaining, diagramming and answering questions and concerns.

They were courteous, efficient, knowledgeable, and trustworthy.

Very helpful. Our children and us are are confident in your group.

So much of a client's high or low opinion of an organization depends on their welcomed feeling. I felt that every time I visited the office, every person I talked with listened and took action on my concern or questions! They were also very friendly.

From phone calls to signing the final documents I was treated with respect, kindness, and understanding by Wayne & Jenn. Every business that wants their business represented well should have someone like Jenn & Wayne. They both made me feel relaxed and assured I was at the right place at the right time at this time in my life.

All of the paperwork was completed in a timely matter. Wayne was very good in explaining the trust to us.

Thank you for taking care of my finances after I am gone. I worried about probate once; hopefully this has been solved. Everyone was very polite and helpful. Thank you Katie for answering my questions, and also Jenn.

This Avvo rating is killer and so deserved! You are the best brother! The only thing is I think the 10 rating is too low, in my book you go to 11! Congratulations on the award, you should be very very proud. See you at your Holiday party, thx for the invite.

Everyone at German Law was helpful and pleasant. I felt good about my decision, I thought I was doing the right thing for myself & my family. Wayne took his time and didn't rush, which is good because a lot of this can be over people's heads.

5 STARS! Thanks for allowing this to be on a webinar! Very interested in this topic. 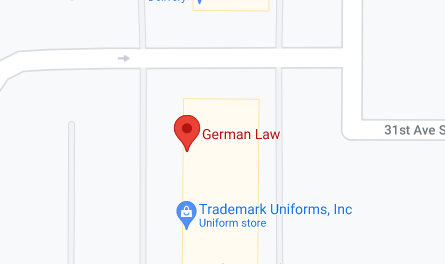